The scope of this book project is fourfold. One, it explores the conceptual, historical, and contemporary meaning(s) of Africanity and transcendental Africanity as an identitary paradigm. Two, it scrutinizes Afrophobia, a contemporary outcome of the ages-old racialistic biases leveled at Africans and Afro-descendants. Three, it identifies and analyzes critical reasons why transcendental Africanity is the key to defeating Afrophobia in the 21st century and how this key can and must be leveraged to that end. Four, the book argues that (a) Global Africa, that is, the worldwide collectivity of Africans and Afro-descendants generically referred to in the foreign-generated narrative as “Black people”, must be steadfast in re/building itself and empowering its constituents from within in order to defeat Afrophobia and advance together toward the bright horizons it ambitions to reach.

Hence, the book is envisioned as an interdisciplinary, multiperspectival study of what, in primordial and quintessential terms, makes Africans and Afro-descendants who they are and what they are as a global collectivity, beyond all the nuances and differences that the peripeties of history, geography, and culture have created among and between the multiple communities in which they exist.

The book delves into transcendental Africanity, which is posited as that which underlies the identitary nexus that makes all Africans and Afro-descendants worldwide one primordial collectivity and triggers an instinctive drive for intra- and inter-communal bonding, whether conscious or subconscious, whenever core components of the shared identity are under assault anywhere in the world. The self-invigorating responses of Africans and Afro-descendants of the Western world to the birth of Pan-Africanism in the 19th century and its growth into a transcontinental movement in the early 20th century is a case in point. Another is the fraternal pride and support that far-away communities such as Africans in the continent and Afro-descendants in India (locally referred to “Untouchables” or “Dalits” and relegated to the dehumanizing bottom of India’s caste-based stratification) responded to the Civil Rights Movement in the 1950s and 1960s in the United States of America. A third and more recent case in point is the spontaneous solidarity that Global Africa lent to the African American community’s Black Lives Matter movement that erupted across the United States following the murder of George Floyd in 2020.

Furthermore, the book is an equally interdisciplinary and multiperspectival study of the multifaceted racialism that Global Africa has endured from various “non-Black” forces over the centuries and that has culminated into the phenomenon that we call here Afrophobia. Afrophobia is understood in this study as an admixture of hate, resentment and, quite significantly, fear toward Global Africa whose challenges to racism and slow but assertive breaking of glass ceilings toward meaningful progress and steady collective self-empowerment alarm those for whom “Black people” are only good for enslavement, colonization, neo-colonization and now, meta-colonization.

Among the core hypotheses made in this book is that unless and until Africa attains the degree of self-empowerment, development, and respectability it needs and deserves on the world stage by virtue of its immense human and natural resources, the freedom, dignity, and well-being of every person of African descent around the world will remain vulnerable to the worldwide recrudescence of Afrophobia. Another dialectically related hypothesis is that Global Africa is the only genuine and legitimate force that can and should help the African continent free itself from meta-colonialism and become the true base from which the worldwide collectivity of Afro-descendants will launch their offensive for complete liberation and steady advancement.

Scholars interested in contributing to this book project are invited to submit chapter proposals along with their short bios to Professor Mohamed Saliou Camara at Mohamed.camara@howard.edu by January 31, 2023.
Each proposal is expected to include the following:
1. A clear statement of what the author plans to study in the chapter;
2. The hypothesis or assumption upon which the study will be based;
3. The theoretical framework of the study;
4. The central questions to be addressed;
5. The research methodology to be used.

Proposers will be notified of acceptance or decline within a month of submission. Those whose proposals are accepted will receive detailed author guidelines to follow while writing their chapters. Also, they will have until July 31, 2023, to submit the completed chapters. The maximum length of each chapter is set for 30 pages double space, font 12 Times New Roman, including notes, tables, figures, and references. 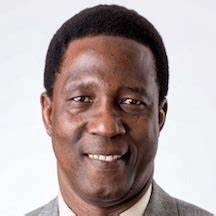 Professor of History, Philosophy, and Mass Communication and current Chair of the Department of African Studies, Howard University, Washington, DC.

Mohamed Saliou Camara is a professor of History, Philosophy, and Mass Communication and the current chair of the Department of African Studies at Howard University, Washington, DC. He received an MA and a Ph.D. from Northwestern University in History on a Fulbright Scholarship. He also holds a DES in Philosophy from the Gamal Abdel Nasser University of Conakry (Guinea), and an Advanced Professional Degree in Journalism from the University of Dakar (current Cheikh Anta Diop University, Senegal). Camara taught at Embry-Riddle Aeronautical University in Florida where he also served as Director of the McNair Scholars Program, Speaker of the Faculty Senate, and Associate Vice President for Academics. Camara is the author of seven books, numerous peer-reviewed articles, and book chapters on African studies with a focus on political history; media, politics, and society; religion and philosophy; civil-military relations; human security; and intra-African foreign relations. His books include His Master’s Voice: Mass Communication and Single-Party Politics in Guinea under Sékou Touré (2005), Le pouvoir politique en Guinée sous Sékou Touré (2007), The Development of a Trans-National Region in West Africa (2010), Historical Dictionary of Guinea (5th Edition) (2013), Political History of Guinea since World War Two (2014), Is There a Distinctively African Way of Knowing: Knowing and Theory of Knowledge in the African Experience (2014), and Health and Human Security in the Mano River Union: Liberia, Sierra Leone, Côte d'Ivoire, and Guinea (2020).

Join us for upcoming releases, calls for chapters, conversations, and author events.