The Banning of Critical Race Theory: The Unearthing of White Fragility 

“Banning critical race theory by playing on people’s fears is one effective way to reinforce the current power structures of inequity.“

According to Rob Tyrone’s article in The Philadelphia Inquirer, Critical Race Theory (CRT), which until recently was known mostly in academic circles, was mentioned over 1,300 times on Fox News in a few months’ time (July 2021). CRT scholars are arguing that white supremacy maintains its power by systematically erasing the historical oppression of people of color in America.

Banning critical race theory by playing on people’s fears is one effective way to reinforce the current power structures of inequity. Twenty-one states have either introduced legislation to ban critical race theory or have banned it altogether from ever appearing in the curriculum of grades K-12. (Ononye and Walker, 2021). Republican legislatures have aggressively led this effort.

CRT is a loosely organized framework of legal analysis, which has evolved into an intellectually driven social movement based on the premise that race is a social construct used to oppress and exploit people of color. Critical race theorists hold that racism is inherent in the law and legal institutions of the United States insofar as they function to create and maintain social, economic, and political inequalities between whites and nonwhites, especially African Americans.

White people’s fragility as it relates to the racial oppression of Black people is at the core of these extreme measures to ban CRT by disavowing their role in racism in America. It is a recent phenomenon for white people to shun being openly racist. Prior to the 1960s, it was a culturally acceptable practice. However, following the horrendous acts of brutality against Black people from White Supremacist in the ’60s that were seen on TV and broadcasted nationally, many white people sought to disassociate themselves from those “bad” people in the south (DiAngelo, 2016), with the adjective “bad” being a stand-in for “racist”. It enables the white community to divide themselves into different camps of Us vs. Them, allowing a majority of white people to seek solace in the idea that, “We’re nothing like them.”

According to Robin DiAngelo’s book, White Fragility: Why It’s So Hard for White People to Talk About Racism, she argues that white people are triggered and become overly defensive because they feel their morality, as it relates to race, is under the glare of scrutiny. Most refuse to see their actions as anything but above board. Banning CRT from ever being taught at the K-12 level of our education system only props up the status quo by ensuring that white students are rarely challenged to understand their internal biases, which will always result in the stagnation of meaningful change in our socio-economic and political structures over time.

In other words, protecting white fragility allows white parents to continue to subscribe to the false notion that America is a merit-based society. Their children will be greatly underinformed, blind to their white privilege, and tone-deaf to the ways in which systemic racism plays out in the lives of people of color every day. White people’s fragile perception of their moral blamelessness must be challenged and held to account for the ways in which relinquishing themselves of their role in maintaining supremacy also upholds systems of power that keep people of color shackled.

Let’s be real; currently, CRT is only being taught in institutions of higher education and the Republican agenda wants to ban CRT from ever being taught in primary schools because of a misguided belief that the impressionable youth of this country must be sheltered from ideas like racial reconciliation and reparations. Therefore, young ‘Karens’ grow up with a blind spot, which later creates conditions for their tired and true claim to white racial innocence. Unable to adequately perceive the ways in which their own actions perpetuate systemic racism, they cling to the veracity of their innocence. Sadly, they cannot change what they cannot perceive, as the harm they incur does not diminish the quality of their own lives. The feverish heat and urgency around this hot button topic are undeniable, as so much is at stake.

What do I mean when I say, white racial innocence? It is the idea that white people, in that they experience the privilege of dominant racial status in a white-dominant society, are generally naive about the realities of race and racism, particularly in systemic and structural senses (Lindsay, 2020). Because of their racial innocence or ignorance, they have the privilege of intentionally not engaging in racism. DiAngelo suggests that privilege also allows white people to be able to decide how they will navigate the concept of race, meaning perhaps they will choose to tiptoe around it. On any given day, white individuals, can choose to disengage from the problems of race because “racism is not a white person’s problem” (DiAngelo, 2016) so why should I trouble myself? When white people feel threatened, it is far easier to close ranks and dismiss having a dialogue on racism. People of color, however, do not have this choice to disengage when under threat because race and its ugly cousin racism informs every aspect of our lived experience on a near-daily basis.

As a person of color living in a world where racial norms reward being white rather than nonwhite, I have never believed it was my obligation to educate my white allies. This burden of responsibility should lie squarely on the shoulders of those who have white privilege. The oppressed should not have to carry the burden of also helping those in power see with clear eyes, perhaps for the first time, that their knees are on our necks. These are some of the ways in which DiAngelo states white people feel self-conscious, agitated, and called out when challenged by others, including other white people, on the inequity of their racial norms:

Banning critical race theory through strategic fear-mongering and making it the boogie man in our children’s classrooms is one of the swiftest ways for those on the alt-right to intensify “white fragility”. This act has only unearthed white people’s fragile perceptions of themselves in context to the discourse on race in America. As a Black woman, Ph.D. who continually experiences racial violence, be it microaggression or bald-faced discrimination, in primarily all-white spaces, the need to challenge white racial norms without fear of retaliation is imperative for my mental health and upward mobility in my profession. If white people believe that, We the People are to secure the Blessings of Liberty for ourselves and our collective Posterity, in our march toward a more perfect Union, then they must be equally willing to confront racism they see it for what it is. Our future depends on it. 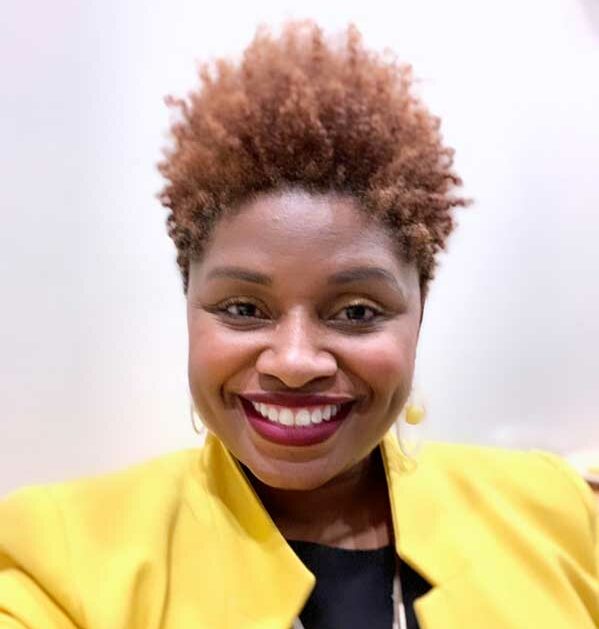 Dr. Anjerrika Bean is a native of Beaumont, Texas. As a researcher, she is a Sociologist and Criminologist with a concentration in criminology and inequality. Dr. Bean obtained her Bachelor of Science degree in Christian Leadership from the College of Biblical studies in 2010. She continued her higher educational pursuit and earned her Master of Arts Degree in Sociology from Prairie View A & M University in 2012 and her Ph.D. in Sociology and Criminology from Howard University. Dr. Bean examines race and gender as it relates to domestic/intimate partner violence in the faith-based community. Specifically, she focuses on Black Women (IPV) and reporting in the faith-based community through Patricia Hill Collins’ power domain framework. An important goal of her research is to contribute to the knowledge base of domestic violence and provide suggestions to policymakers, lay leaders, and community advocates on designing and implementing ethical and practical tools that empower women of color who experience IPV. Her overall goal is to decrease IPV in communities of color. Implications of her research will provide a greater understanding of how marginalized social groups (i.e., women, racial minority groups, communities, etc.) adopt, internalize, negotiate, and challenge hegemonic conceptions of race and gender. Because of her passion for educating and creating intellectual safe spaces for people to grow and develop, she has set her sights on securing a tenure track position in a liberal arts or research-intensive college or university. Specifically, she focuses on the impact of social injustices, domestic abuse, and the cultural and economic empowerment experienced by women of color. She knows that her research training and experience have prepared her to empower students to achieve their highest academic goals.