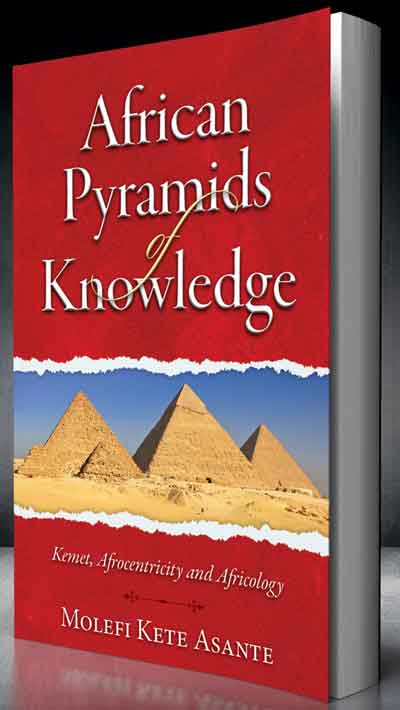 Afrocentricity allows the student of human culture investigating African phenomena to view the world from the standpoint of the African. As Ama Mazama has argued in The Afrocentric Paradigm, Afrocentricity’s implications are multifarious and constant. Since the publication of Mazama’s book two decades ago (and spurred in turn by Dr. Asante’s Afrocentricity: The Theory of Social Change two decades before that), the theoretical and critical works on Afrocentricity have exploded. Dr, Asante’s current book brings us into the 21st century with new avenues for research and critique.

Readers will learn how to:

African Pyramids of Knowledge delves into four areas: (1) The Intellectual Landscape, which details what constitutes the discipline of Africology, (2) A Mobilization of Ideas, which discusses the hallmarks of creative and philosophical origin as they aid in the critical process of African recovery (3) Confronting the Historical Situation, which proposes new ways to deal with the historical situation and (4) Asserting the New Cultural Reality, envisioning what innovative examination of agency could accomplish.