“If there’s anything that has prevented human beings from being human beings, then it is the discourse of racist ideas. Being Human Being cogently and clearly reveals the illusion, disruption, and distraction of racist ideas, which have left people conceptually stranded from the fullness of humanity. And this moving book goes a step further. Molefi Kete Asante and Nah Dove return us to the ancient idea of Ma’at—thus returning us to humanity.”

During a time of high racial tension, Being Human Being seeks to dispel divisiveness, and instead presents a vision of a united humanity. With scientific basis established from The Human Genome Project, the authors explore what it means to be human, the myth of race, and the importance of common identity. The conclusions of the Human Genome Project discredit those who deny humanity’s genesis on the African continent; and, they allow for new examination of the fictitious basis upon which modern society justifies its divisions, privileges, and punishments. In this book, the discourse navigates the complex illusion of race by tracing its cultural and religious origins.

Furthering the ideas brought forth in Ibram X. Kendi’s critically acclaimed book How to Be An Antiracist, the authors express the power in ending the language of race entirely, bringing forth a new era in which racism no longer plagues the human experience. With in-depth evidence surrounding the colloquial misuse of the term “race,” Being Human Beingargues that the term human, robust, and newly re-envisioned, eradicates the need for the illusion of categorical racial boundaries. The authors, in their acknowledgment of the differences that exist among humans, found that such distinctions are more easily explained culturally rather than “racially.” Even so, habitual references to these racial partitions are ingrained into many aspects of the contemporary landscape. Knowing this, Being Human Beingaddresses the challenges of exchanging race for humanity within mainstream media, academic circles, and pop culture.

Being Human Being depicts the importance of education in combating those who benefit from, and promote, racism. Educating the masses would allow multicultural, pluralistic societies to be achieved in a practical way. The authors suggest that humanity is hindered by its disunity, and that through concepts like Ma’aticity, the ancient way of becoming human, society can achieve its highest potential. Featuring an array of examples, illustrations, and theoretical models, Being Human Beingdemonstrates that the only race is the human race.

Dr. Molefi Kete Asante | Through his body of 94 books, Molefi Kete Asante has become the seminal theoretician of Afrocentric infusion into the curriculum, examining and advancing the agency-centered ideological position in the realm of education, culture, and science. Widely read and consulted, Dr. Asante and his books have inspired educators in the United States, South Africa, Nigeria, Canada, and Brazil. Dr. Nah Dove | Dr. Dove is an assistant professor in the Department of Africology and African American Studies at Temple University. She spent her formative years in Ghana and Nigeria, was raised in the United Kingdom, and has worked in Sierra Leone and Ghana. Based on her research, she wrote the seminal book Afrikan Mothers: Bearers of Culture, Makers of Social Change.
Author's Website 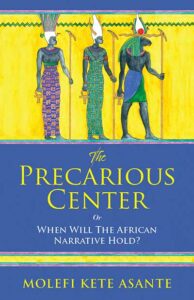